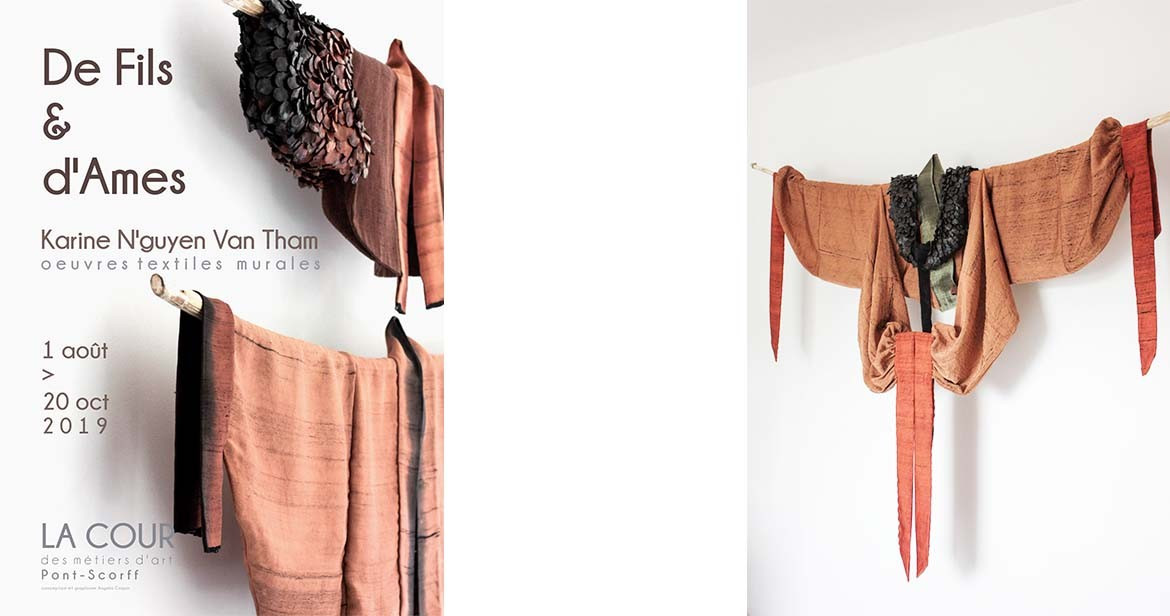 Karine N'guyen Van Tham has "the fiber in her". In the slamming of the rails of her Japanese Saori loom, she creates textile wall works conceived as inheritances. Her textile works, seen as sacred fabrics, are not worn, but are suspended and exposed. The second skin of an underground creature, a soul-trapper or a great solitary warrior, each piece is that of a being apart, who is sometimes the only witness of a forgotten past. A being imagined and narrated by Karine herself, between personal mythology and dreamlike characters. Karine does not create simple clothes. She weaves, through each piece, links between the visible and the invisible, the real and the dreamlike. She builds bridges between Past and Present, highlighting characters who have been in the shadows for too long. Each piece, unique and precious, is intimately linked to nature, bringing us closer to the earth and taking us to other spheres.